Roughly 51.5 weeks after the biggest disappointment of my career, and precisely 354 days into an attemt at closing an orbit of redemption that included a few more hauntingly close finishes, injury and illness avoidance, safely navigating the Olympic Trials, and a gingerly shuffled step ahead in benchmarks of lifetime fitness, it was finally time for the Olympic Games.

The gun went off and we wasted no time as I hung on to the hard early laps , clung for dear life, then faded as the front of the race accelerated away.

Over 30 minutes later, I swished Gatorade in the mixed zone mulling a confusing set of feelings.  It was far from a disaster, which was a relief this time. However it was on the extreme end of the kind of race that has been predictably occuring in the Women’s Olympic 10,000m.

The word historic kept coming up- it was a historically fast pace, with Ayana setting the world and Olympic record as well as splitting the last 5,000m under the previous Olympic 5,000m record. Vivian in Silver was one second off the former World Record, and for Dibaba to secure bronze she ran only 12 seconds off that, besting a PR that she set while winning one of her (5) Global 10,000m titals. If this sounds like a series of stat buzz words it’s because it’s not normal for a race to have so many supperlatives that they almost desensitize your wow factor. Is it possible to make history in the amount of history it made? As a result of aggressive pacing early on, myself and 7 other women set National Records. The top 4 women ran times that ranked in the top 5 fastest women’s 10000m of all time ( the one still standing in the top 5 was the famously mind boggling and later admittedly doped former World Record by Wang Junxia in 1993).

Shalane’s 10,000m record was a time I wasn’t sure I could approach, so it felt like a nice consolation prize. I knew that sort of slightly demoralizing stat was possible though: to run over-my-head fast and still be a distant 6th. Though I refer to redemption, I hadn’t REALLY believed an Olympic medal would fix every or any past mistakes.

I just really wanted to do it.

Many American track athletes got the job done, and it was inspiring to watch! At the end of the two weeks I felt like a bit of a let down, or at least a representative of a country who just wasn’t good in the 10,000m event- which I don’t believe is true.

But, isn’t that how a nearly lapped Area Record might look? I’m hoping the 3-4-6 finish by USA women at last year’s World Championsip and a total of 3 US medals by Kara, Shalane and Emily, in the women’s event over the last 8 championships says otherwise.

It was also hard to walk alway feeling entirely satisfied because the race broke open so early that I finished the last half in no woman’s land. I suspected that could happen but I’d envisioned trying to race women down in the last few laps, which is the most gratifying way to end a race win lose or draw; to be totally spent while being involved in a hunt. Instead I felt more like I was foraging in the woods for a fast time- it’s still survival, just less dramatic. It felt like time trialing, on a track scattered mostly with other time trialers, trying to push each other but unsure of where we all were exactly, both in the race ( how many laps do we have was a common question) and in the world ( it’s 11 am in a somewhat quiet stadium…are we really in a record breakingly fast Olympic race? )

Ultimately, it’s always a type of success to not only get to the Big Race unscathed, but to have one of your best days on the day of the Olympic final. Yet, to realize your near max is astonishingly short of the best is a harsh awakening from a year spent fitfully dreaming of more.

The championship races remind me why wholly seeking anything, the way you would an Olympic qualifier, berth or medal, is intimidating. A certain amount of risk and vulnerability is involved in going ‘all in’ on something. Everyone on the starting line works hard, dreams the same podium dreams, and decides to go to a breaking point together. That means sometimes you are one of the ‘broken’ ones, with current limits left exposed. At any level, no one is impervious to being broken. Others, unwittingly overreaching, may always walk away in that position. For me, that uncertainty is scary but also why hope renews itself each season. I come into the next one thinking “maybe this time” even though “maybe never” is just as likely.

But there are also times, (and these are the best moments), when you walk away having pushed back what you thought were limits. I’ll say this was one of those times.

In the end, that’s always worth it. 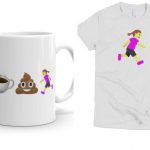 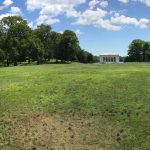